Canada is turning 150 on July 1, 2017 so it’s even more reason to celebrate on the Canada Day weekend 2017. There are a lot of special Canada150 celebrations taking place in Toronto. We’ve outlined some of our favourites things to do Canada Day weekend in Toronto 2017.

Celebrating Canada’s 150th birthday at Nathan Phillips Square will surely be one of the most popular things to do Canada Day weekend in Toronto 2017. Square. Canada Days takes place June 30, 3017 to July 3, 2017 at Nathan Phillips Square and will feature music, dance, circus, and street arts. Two stages will host urban, indie, roots, pop and world music by local, national and international artists. Food and beverage vendors will be available for the public. Fireworks will begin at 10:55 p.m.

Saturday, July 1, 2017 – Main Stage – 9:45 p.m. – Ron Sexsmith and the Toronto Symphony Orchestra, with special guest Rose Cousins for a performance of Sexsmith’s songs from his 30+ year career. Jean-Claude Picard will conduct the TSO.

The TD Toronto Jazz Festival wraps up on the Canada Day Weekend. There are many free performances on the weekend at the OLG Stage on Cumberland Street. Headlining performances with ticketed admission include: 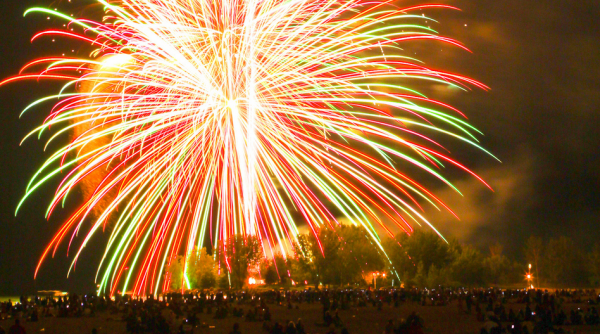 Enjoy free admission to the Q107 Canada Day Picnic at Woodbine Park on Saturday, July 1, 2017 beginning at 12 p.m. There will be food, midway rides and music including tributes to Bruce Springsteen, Journey, Bob Seger, Tom Petty, Foreigner, Elton John, U2, with an AC/DC tribute band to end the night at 10 p.m. Enjoy fireworks at Ashbridges Bay at 10 p.m. Woodbine Park is located at Coxwell Avenue and Eastern Avenue.

Perhaps you’ve heard about the world’s largest rubber duck that will be gracing Toronto’s waterfront? The duck is part of the Redpath Waterfront Festival, which takes place on Toronto’s waterfront from July 1-3, 2017. The festival will feature music, food, nautical programs and entertainment along Toronto’s Harbourfront, with specific events at HTO Park (on Queens Quay West, just east of Spadina Avenue). Visitors will get an opportunity to tour the deck of Her Majesty’s Canadian Ship (HMCS) Ville de Quebec. While you’re at the festival, stop by the Waterfront Artisan Market at HTO Park, which will be running on Saturdays from May 20, 2017 to October 7, 2017. The artisan market features over 75 artisans, chefs and bakers presenting their goods in an open-air market.

Do you know of other things to do Canada Day weekend in Toronto 2017? Please mention in the comments.

How to Find Your Tribe: Why You Need To!

Lori Bosworth - January 24, 2022 17
We are well into the new year so it's time to take a crack at your resolutions if you haven't already. I identified my...

Beginner Yoga Poses to Get Fit for 2022

How I Lost 40 Pounds on the Keto Diet