Fall is around the corner and for me this year, that means focusing more on my health goals. It’s so easy to get wrapped up in work and neglect one’s health in the process! So I’m turning a new leaf! Perhaps it’s the effect of the solar eclipse…who knows? With that in mind, I am focusing on an overhaul of my food intake, both in terms of quality and quantity. So it was very timely that I recently attended a De’Longhi/Braun event and learned about all of their new kitchen appliances. I was provided with a complimentary Braun PureMix Smoothie2Go Blender and I have already started experimenting with smoothies.

The Braun PureMix Blender has five settings including Stir, Mix, Chop, Puree and Liquefy. There is also a crush ice setting. The ThermoResist glass pitcher allows you to blend hot ingredients right in the pitcher as opposed to letting them cool down first. I can see that this feature will be great when I’m making soups. Another unique feature of this blender is the two smoothie cups that allow you to take your smoothie on the road. The one cup is simply a sealable cup while the other cup is fitted with blades so that you can place it right on the base of the blender.

Cleanup is really easy with this blender because the blade system can be removed and placed in the dishwasher.

I love spinach so I wanted to start by making a Spinach Blueberry Smoothie since Canadian blueberries are still in season. I added some strawberries to provide a balance of flavours, as well as a banana to thicken and sweeten the smoothie. Adding Greek yogourt to this smoothie really upped its protein content. I didn’t add any other sweeteners such as honey, but you can do so if you want a sweeter smoothie.

I added the smoothie ingredients to the Braun PureMix Blender in small batches using the Liquefy setting. I found that by doing this, the blender was able to liquefy the spinach, yogourt and frozen fruit very efficiently. It took about a minute or two by the time I added all of the batches to the pitcher and blended all of the ingredients. I was very pleased with the taste and consistency of this smoothie. The frozen fruit kept it quite cool and refreshing. Cleaning up is a breeze. I just unsnapped the glass pitcher from the base and rinsed it in hot water and dish soap. I can’t wait to try other recipes using the Braun PureMix Blender.

Have a look at my Spinach Blueberry Recipe below and let me know in the comments if you try it. 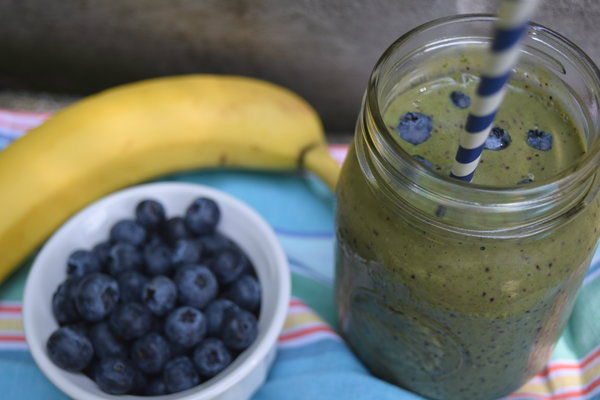 Where to Order Christmas Turkey Dinner in Toronto 2022

Beauty Products To Put on Your Radar for Fall 2022